← Does God Care About Our Doctrinal Disagreements? Apparently Not!
A Conversation with the Dead…. →

What Does God Want From the Human Race? 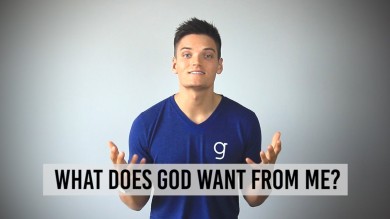 What Does God Want From the Human Race?

Think about it before you gather up the kindling to burn me alive for the heretic that you think I am.

Does it please God more when we give ourselves to study every facet of his character, diving into the deep end of the pool to contemplate God in all his ways or when we devote our lives to living according to those ways?  Put another way, do you think that God was more pleased with John Calvin (or Luther or Arminius) or with Mother Teresa?

What matters MOST to God?

The safe answer might be to say it’s both.  God wants us to know the truth about Him and then to live out that truth.  But that answer is not allowed in today’s post.  I am asking which one takes priority in God’s economy.  Which one comes first?  I am not asking us to discuss this in relation to soteriology.

I have been thinking about this one for a while and was moved to write about it after I read this question on a “Christian” forum:  “Can I continue to practice witchcraft and be a Christian?”  One of the answers quoted Paul, saying “Of course you are allowed to do that, Paul said ‘everything is permissible’, it’s just not a good idea.”  This made me say out loud ‘IS everything permissible?”  Essentially, the writer was saying that as long as you believe correctly about Christ, you can live anyway you want to and it doesn’t matter.  What matters most, is that we believe the right things, not that we live the right way.

I find that this is what many people actually think and I am finding it harder and harder to agree with it.  When Jesus was asked to sum up God’s entire moral code into one command, he answered with two.  They both deal with how we live:  Love God and love your neighbor.  God wants each one of us to be eager to have Him as our king and then to treat every person around us the way the King wants us to.  Both of those broad categories have behavior as the key component.  When we read the Epistles and the early church fathers, we get the exact same picture.  God want’s us to live according to his standards.  We are told over and over again what those standards are.

In our day, it seems we are more concerned with making sure we understand things correctly.  Not just the basics, but the deep things of God.  We want to examine all facets of every doctrine, searching for more and more insight into the very deepest corners of the infinite mind of God.  As if we could ever get close!  It is as if God has drawn a line in the sand an posted a sign that says “No Trespassing!”  We often fall into the trap of amassing more information about God.  But is that what He wants?  Is that the object of the Christian life?  Does God want us to have more information about who he is for the sake of having the scoop?

I heard a missionary tell a story one time about a primitive culture they were working in.  When a new convert came to Christ, they would teach them to love their neighbor.  They taught them what that meant and then they sent them out to do it.  The people of the church would then ask the unbelieving neighbor if the new christian was treating him like he would want to be treated.  If the answer was “NO!” then they would go over the lesson again with the new convert, and send him back out to live his faith.  When he finally got it right, they would move on to the next thing.  How’s that for a discipleship course?  As simplistic as that sounds, I think this primitive people understand God’s heart on the matter more than many of us who are more cerebral.

Don’t misunderstand me.  I LOVE theology!  But if everybody lived their lives according to God’s plan, I think there would be a lot more Mother Teresa’s than their would be theologians.

What do you think?

← Does God Care About Our Doctrinal Disagreements? Apparently Not!
A Conversation with the Dead…. →