← Life Altering Public Service Announcement: Do This NOW! :)
What Does God Want From the Human Race? →

Does God Care About Our Doctrinal Disagreements? Apparently Not! 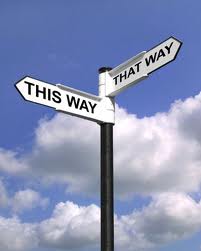 “Maybe it doesn’t matter to Him?” I asked.

My friend looked at me in utter disbelief. We had been discussing the state of the church in its four major divisions: Catholic, Orthodox, Anglican and Protestant. (For the sake of brevity, I have lumped all us Protestants into one category. I don’t have time to list us all!)

“Of course THE Church matters to God”, he replied, “He died to give it birth!

I can’t argue with that!

What perplexes me though, is that there are so many different types of churches. Clearly a lack of unity within THE church has eluded us.

Catholics believe in purgatory, the other three divisions of the church, don’t. That is a pretty significant difference. We can’t all agree on how many books are actually in God’s book.  That also seems significant. Some of the churches teach that how one lives has absolutely nothing to do with one’s salvation, while others teach that it has a lot to do with it, still others are somewhere in-between. Maybe it is just how I think about things, but I would have to say this one is a critical difference of doctrine. We have Catholic decrees calling the Reformers heretics, and we have the Reformers labeling the Pope the anti-Christ. Orthodox and Catholics are at odds over one word in the Creed among other substantial issues. We can’t even seem to agree on the purpose of Christianity.

Then we have us Protestants who agree to disagree!

The non-believing world looks at us and sees “Christian” sects that argue amongst themselves and who can’t seem to agree on the essentials. If we can’t agree on what to believe, why should they even think about it?  We are divided, pure and simple. Stating otherwise is foolish and wishful thinking.

“Maybe it doesn’t matter to Him?”

Of course, Jesus did pray for “those who would believe in me through their message, that all of them may be one…May they be brought to complete unity to let the world know that you sent me…” (John 17:20-21, 23.) Unity was important enough to pray for on the eve of the crucifixion.   It would seem the Father didn’t answer that one in the affirmative. Or am I missing something?

Why would God have allowed that to happen?

Many Protestants believe that around 300AD the real church was infiltrated and perverted by the Catholic Church. As a result, the true Gospel was lost.

If the church is so important to Him, and if the purity of the Gospel and the doctrinal teachings that stem from understanding it correctly matter so much, why didn’t he step in at such a critical moment to stop the hijacking of the Church? Why would God allow the church to embrace a false gospel that would consign its followers to hell? Why didn’t he intervene? Why didn’t he put a quick end to it? I find these questions a bit troubling.

Of Course Catholics believe that the Reformers are the real usurpers. Who can blame them? After all, the church had existed virtually unchanged for 1500 years, until Luther and the young punk come along and want to change the whole thing. It is understandable that they got together at Trent and called the Reformers heretics.

God did not stop the supposed error from taking root

Here’s the compelling issue for me: In both cases, God did not stop the supposed error from taking root. Make no mistake about it; God knew what the result would be of doing nothing to stop these movements. Because of the omniscient nature of God, combined with His foreknowledge, the ensuing doctrinal mess would not have surprised him. He knew it would happen if He did nothing, and he did…. nothing. Think about that!

We do know that if God wanted to step in and crush the rebellions, he could have. He did that very thing during the Exodus when Korah and his crew openly challenged Moses leadership of the young Israel. Read about it in Numbers 16. The gist of it is that God caused the ground to open up and swallow the leaders of the rebellion, their families and everything they owned! Rebellion over. Case closed. God’s leadership of his people settled.

This brings me back to my conversation with my friend. Most assuredly, the doctrinal differences we have killed others for matter to us. They are a big deal. But do they matter to God?

Before you get the kindling and light the match to burn me alive at the stake for the heretic that I am, realize that I am not saying that God does not care about the Gospel or the church. That is not what I am saying at all. Actually, I don’t know what to think about all this. This is a conversation I have been having, largely in my own mind, for quite some time. I thought I would put it out there for others to interact with and see how you might approach the topic.

Why do you think God did nothing to stop any of these movements?

Read another thought provoking post on worship:  God Does Not Need Our Worship…We Need It!

← Life Altering Public Service Announcement: Do This NOW! :)
What Does God Want From the Human Race? →