← What is the Most Important Element of Corporate Worship for You Personally?
Which Version of the Scam Do You Prefer? →

It May Be A Legal Right, But it Seems Wrong, Doesn’t it? 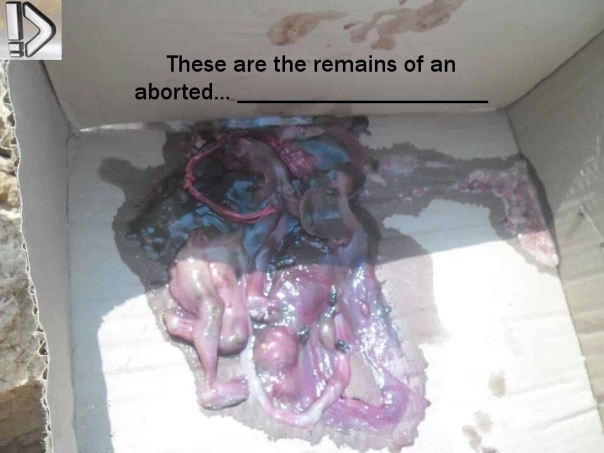 “Give the priest your newborn child! He will place it into Molech’s hands as your offering. You are not allowed to weep as the infant is burned alive. Instead, rejoice as you seek his favor!”

I cannot imagine what that scene would be like. Watching somebody sacrifice their newborn child would be a totally new category for me. What feelings would be aroused as I stood there and witnessed a human infant being placed ALIVE into the white hot iron hands of Molech and then burned alive? Would I rush to the child’s defense? Would I try to talk his/her parents out of it? Would I accept the fact that they could do anything they wanted with their child and leave them be? Would I turn my eyes away or would I watch it unfold? Would I shrug my shoulders in indifference? What would you do?

Thankfully, this doesn’t occur in our day. But it was such a common practice in Old Testament times that the Hebrew Bible contains this warning:

“And you shall not let any of your descendants pass through the fire to Molech, nor shall you profane the name of your God: I am the LORD.” Leviticus 18:21 NKJV

The past two weeks have given us two shockingly graphic videos of what takes place during an abortion. You don’t have to be a woman to realize the horror of what actually occurs or to have an opinion about it. Developing human life forms are being crushed and severed while they are alive. Ultrasounds of actual abortions show that these life forms attempt to evade the instruments of death. They know it is coming and they can feel it when it gets there.

Their little hands, hearts, livers, legs, heads and other parts are being harvested for other uses. Now this may be legal and there may have been no laws broken in the transfer of these body parts. That is not the point. The point is that we have a much better picture of what is actually inside that womb and what is happening to it. Apparently, it is not just a blob of tissue, as the graphic photo in this post so clearly illustrates.

It is true, that  in our country, women have the legal right to invite someone into their womb to cut up and remove the life form that is growing inside. Just like those who lived in the ancient near east had the legal right to offer their children up to be burned alive.  However, societies change, and what was once accepted can become something that is rejected.

I don’t think abortion will ever become illegal but I am hopeful that it will become something that our society rejects. Videos like the ones we have seen and the ones that are coming may serve to help awaken our national conscience. They may help shape the attitudes of younger women so that even though abortion remains legal, fewer and fewer women will choose to go that route.

Would that be so horrible?

← What is the Most Important Element of Corporate Worship for You Personally?
Which Version of the Scam Do You Prefer? →