← Get This Must Have Book On Early Church History
Christ-Centered Worship Songs: “Perfect Lamb of God” →

The God of Calvinism and A Calvinists translation of John 3:16-18? 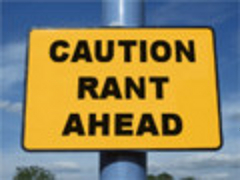 I thought I might stir things up a bit today.  A friend wrote this story and titled it “The God of Calvinism.  He didn’t add the question mark, that was my addition.  Is this the God that true Calvinism depicts?  Read this story by Kurt Dahlin and share your thoughts.

“Once upon a time there was a birthday party for seven-year olds at the house.  Forty little kids were having a great time. It was good. The moment came to light the candles on the cake.  Dad realized that the ice cream was still in the refrigerator out back (he put it there earlier).  He placed the matchbox on the table and said, “Don’t light the candles, you’ll kill yourselves.” They were special candles that don’t blow out. What a treat for seven-year olds!

While Dad was delayed getting their ice cream, one of the kids suggested they light the candles and practice blowing them out to get the proper camera angle.  So, as the partygoers gathered to blow out the candles one fell on the pile of presents and burst into an inferno.  The Dad, realizing what had happened, rushed into the house and carefully and arbitrarily rescued four kids to show the world what a real hero he was.  He could have saved the rest but he did not.  He let them burn along with the entire house and presents. He wanted to show them his displeasure at their disobedience (which he planned).  He locked them in so they could not save themselves.

The four kids and the Dad ate the ice cream in joyous celebration and happiness while the others were weeping, pleading and gnashing their teeth.  Occasionally, the four yelled to the others to come out.  However, they couldn’t get out on their own, only the Dad could rescue them if he had wanted to.  In reality the Dad hated those he did not choose and planned for them to burn in the fire before the party began.  He even knew the one boy who would light the fire.  Moreover, he did not simply foreknow it, he actually ordained it to happen according to his good pleasure.”

Someone else submitted “The Calvinist Translation of John 3:16-18.  I don’t really know how to respond to it, so I will let those of you who can, do so…

16 For God so loved the elect that he gave his one and only Son, that those unconditionally decreed by God to believe in him shall not perish but have eternal life. 17 For God did not send his Son into the world to condemn the elect, but to save the elect through him. 18 The Elect one who believes in him is not condemned, but everyone else stands condemned forever because they are not elect.” John 3:16-18

← Get This Must Have Book On Early Church History
Christ-Centered Worship Songs: “Perfect Lamb of God” →