← A Wise Word of Encouragement from the Early Church to Today’s Generation
Monday Mornings with The Early Church Fathers: What Authentic Christianity Looked Like- Justin Martyr →

The Most Meaningful Christmas Gift Ever Given to Me 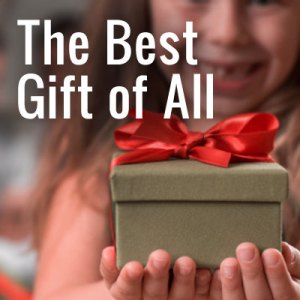 I received it 26 years ago. I know that because the inscription from my non-Christian sister who gave it to me is dated “Christmas 1985.” Though I have over 20 other bibles of various versions sitting in my study, this Bible is my most cherished friend. It has spoken into every area of my life, through every season of that life: being single, getting married, raising a family, pastoring, sermon preparation, tragedy and heartache; victories and failures. It was the Bible I read from at the high school graduation of both my kids.  Every morning it sits on my desk, waiting for me. Someday, when my days on earth wind to a close, it will be the Bible used at my funeral.

We’ve been through a lot together. I went to Bible College with it.  Professor Middlebrook’s notes from I Peter and I John are still  written in the margins. I’ve preached from it throughout the US, Mexico and the Philippines. It has traveled with me throughout the US and South America.  It has been with me my entire adult life. It is the material possession that is the most precious thing to me and the most used Christmas gift I have ever received.

Five years ago, it looked like it was going to have to retire. They don’t make things like they once did, and bibles are no exceptions. My sister got me the hardback version of the bible (which wasn’t cheap!) and it finally fell apart, becoming my own personal three-volume NIV Study Bible. But I discovered that in my town there was a book binding business that could actually put it all back together again. It would cost $150 to have it done. But this time, it would be bound in lambskin. I almost passed. I could have bought three brand new study bibles for that price! I am so glad I didn’t as it was well worth the money. Besides, we waste a lot of money on things we eventually throw away don’t we? Investing in something that will last longer than ones life on earth isn’t such a bad thing.

As I read through its pages, I have many reminders of my walk with Christ. Highlighting? I invented it. Notes? That’s what margins are for! My journey as a follower of the Son of God is semi-chronicled within its pages. They are worn.  Many are tattered.  Some pages even have creative artwork from when my kids were little. All of these things help make it the special friend it has become.

Sometime ago, my 16-year-old son decided he wanted to spend his own money and do the same thing to his bible. He reasoned that it would be the only bible he would ever have to buy, that it would last him his whole life, and be a record of his own journey with the Savior. That was a good day to be a dad!

My advice? If you are buying a Bible for someone who is a devoted follower of Christ this Christmas, don’t buy a cheap hardback. Think bigger, think longer and get the expensive leather-bound one. It will last a lifetime. Who knows, it may even become their most valuable possession!

← A Wise Word of Encouragement from the Early Church to Today’s Generation
Monday Mornings with The Early Church Fathers: What Authentic Christianity Looked Like- Justin Martyr →