Justin Martyr on Man’s Ability to Obey or Disobey God 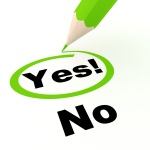 Justin writing around 160 AD describes the early church’s view on free will  in his First Apology chapter 43 and 44.  It seems to be diametrically opposed to what Calvin taught on the subject.  Hmmm, could Calvin be wrong?

But lest some suppose, from what has been said by us, that we say that whatever happens, happens by a fatal necessity, because it is foretold as known beforehand, this too we explain. We have learned from the prophets, and we hold it to be true, that punishments, and chastisements, and good rewards, are rendered according to the merit of each man’s actions. Since if it be not so, but all things happen by fate, neither is anything at all in our own power. For if it be fated that this man, e.g., be good, and this other evil, neither is the former meritorious nor the latter to be blamed. And again, unless the human race has the power of avoiding evil and choosing good by free choice, they are not accountable for their actions, of whatever kind they be. But that it is by free choice they both walk uprightly and stumble, we thus demonstrate. …

But this we assert is inevitable fate, that they who choose the good have worthy rewards, and they who choose the opposite have their merited awards. For not like other things, as trees and quadrupeds, which cannot act by choice, did God make man: for neither would he be worthy of reward or praise did he not of himself choose the good, but were created for this end; nor, if he were evil, would he be worthy of punishment, not being evil of himself, but being able to be nothing else than what he was made.